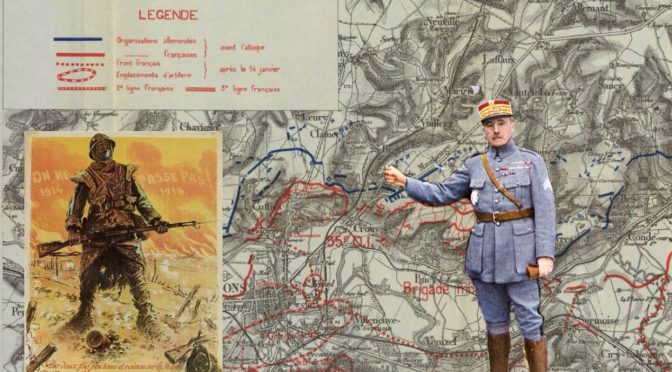 Robert Nivelle had a spectacular career trajectory. A meteoric rise from commanding an artillery Regiment in 1914 to command an Army at Verdun was followed by his appointment in late 1916 to command the French armies of the North and North East, over the heads of many more senior commanders. He fall was equally spectacular as his offensive in April 1917 failed to achieve the predicted gains, but instead cost 200,000 casualties.  The story of the battle itself is here . 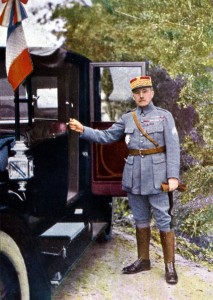 Nivelle was a man for whom the Peter Principle, that “Managers rise to the level of their incompetence,” might have been created. Historians and soldiers find much to criticise in Nivelle’s performance as de facto Allied supreme commander on the western front. But there is also much to admire about his performance that brought him to notice. 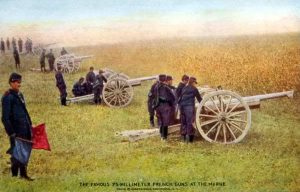 For a start, Nivelle was an outstanding field commander. He had already distinguished himself during the August battles. On the Marne on 6th September 1914 part of the 63e division de réserve broke and fled while attacking towards the village of Vincy . Nivelle’s 5e régiment d’artillerie de campagne was outside Puiseux close by, on a ridge behind the retreating troops. Nivelle saved the day. Rather than fall back, he took half his regiment and galloped forwards, through the retreating troops and 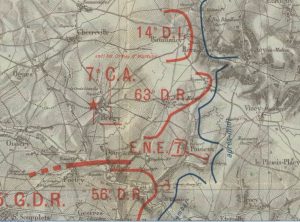 unlimbered his guns among the French skirmish line. Their rapid fire stopped the Germans. This action alone made Nivelle a bit special as a horse gunner. Many actions of this era involving manoeuvre by horse drawn artillery ended badly for the gunners. Nivelle got away with something that ended badly for Colonel Long at Colenso and managed to avoid the fate of the British gunners at Le Cateau and Nery. 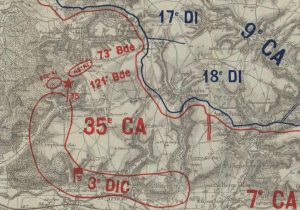 Promoted to command an infantry brigade, he did well in an otherwise failed attack north of Soissons above Crouy. His brigade, closely supported by artillery managed to reach the sites. Promotion to command the 61st Division Nivelle mounted a model operation in June 1915, the battle of Quennevieres. This introduced the form of the operations mounted at Verdun at the end of 1916 and of the Aisne in April 1917. This was based on a sudden and violent attack, supported by overwhelming artillery, followed by a lateral and forward exploitation. A rising star, he was promoted to command the 3 Army Corps in December 1915. Nivelle followed Petain to Verdun as part of his Second Army, and took over the tactical command at Verdun from Petain. It was Nivelle, not Petain who adopted the phrase “They shall not pass.” Nivelle’s aggression, optimism and tactical skill won praise. The recapture of Forts Vaux and Douamont in 1916 made him a national hero.

Nivelle was an innovative artilleryman. It is probably that the fire support he arranged for his brigade’s attack on 15th January 1915 was the first use of the 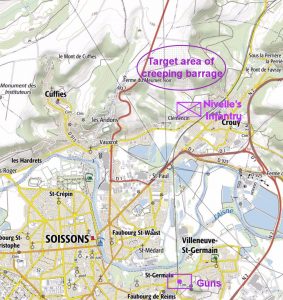 barrage roulant – the creeping barrage. (1) He encouraged the scientist Hoffman to develop sound ranging. Australian Laurence Bragg would further improve on these for the technology use by the British. He also supported the development of the tank, which in France took the form of self-propelled artillery.

Nivelle’s tactical methods had many similarities with the practises that emerged in other armies, combining artillery fire with infantry movement. However, he was an exponent of the operational idea of the breakthrough battle with the aim of the destruction of the enemy army. His emphasis on lateral and forward exploitation has something in common with Liddle Hart’s influential “Expanding Torrent” ideas, and the tactics used by the Germans in 1918, and 1940. What else is lateral exploitation other than “Aufrollen?” Under his command the French introduced more weapons at platoon level, including light machine guns and a light cannon – which might also serve as a anti-tank gun. This is along similar lines to the German all as assault groups that penetrated allied positions in 1918. His ideas were consistent with the pre-war doctrine based on offensive spirit. These contrasted with the pessimistic views of Petain who advocated a long game based on firepowers. Petain’s catch phrase was,” we will get them in the end.” While Petain’s emphasis on doing what was possible was proven right by events, at the time there were many who thought that the Allies could not win by remaining purely in the defensive. Even if correct for France of 1917, it flew in the face of the principles of war. Nor was, “waiting for the Americans” a strategy palatable to the politicians, the media or a patriot public.

After Nivelle’s dismissal his ideas became discredited and Petain’s methodical, “bite and hold” battle for limited objectives became the basis for French tactics for the remainder of the First World War, and their thinking after that conflict and leading to 1940. These is part of a pattern of French defeat. The pre -1914 doctrine based on offensive spirit and élan was finally discredited on the Chemin des Dames in 1917. Petain’s cautious techniques led to an army ill prepared for the German Blitzkrieg.

France might have been much better served if they had not thrown out the baby, of Nivelle’s ideas with the bath-water of his strategic command. Nivelle’s ideas were on the on the right lines for the mechanised age. A French army that tempered an appreciation of firepower with an offensive orientation might have put up a better fight in 1940.

Anyone interested in visiting these battlefields, or a talk on about them  contact  the OP at frank@frankbaldwin.co.uk

Gunnertours is organising a battlefield tour to the Western Front  in November.  Details here 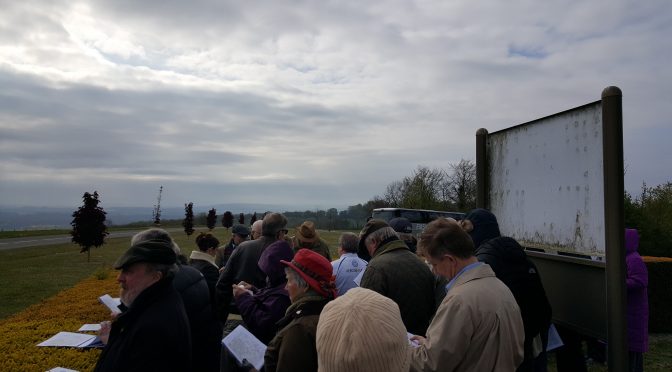 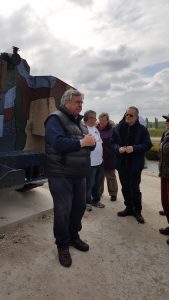