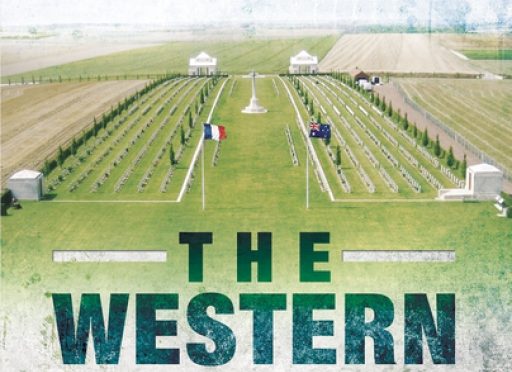 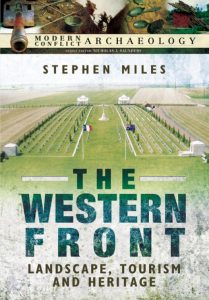 Of all the books published about the First World War in the last few years, Dr Miles’ book is probably the most important for the Battlefields Trust. It one of the few books that covers the subject matter of the Trust – preservation, interpretation and presentation, and their value in economic and cultural terms.

There are some shortcomings in the work. There is little reference to the value of battlefield landscape rather than monuments or the remains of trenches.  Professor William Philpott once referred to the landscape as important in three ways. Firstly, the micro-terrain that influenced   the course of events; the dips and hollows that may have determined that some men died and others survived. Secondly, the landscape enables the visitor to experience sounds and sights familiar to the combatants. The beet fields of Flanders evoke 1914 while the visitor to the Somme in July can see the flora and fauna that Sassoon describes. Thirdly, and perhaps most important, the landscape has a mythical significance as hallowed ground sanctified by the blood of the fallen. Monuments are erected in recognition of the sacred significance of the ground, a process which continues.

There could have been more of the educational value of battlefield heritage.  Pioneer tour operators, guides and guidebook authors Tony and Valmai Holt talked of battlefield travel as being a mixture of information, entertainment and education. Education is also the primary purpose of the thousands of visits by school and university students and soldiers under training. The desire for education or enlightenment is one way to distinguish between the respectful pilgrim and the sensation seeking tourist.  Other dark tourism studies have commented on the way that visits to historic thanatourism sites result in the visitor reflecting on their own mortality.

Visits to the Western Front as the setting to facilitate thought about war and society at a deeper level than the idea that peace is better than war.  The well informed or well guided visitor should be aware that the British memorials were not erected to glorify war, but to glorify the sacrifice of a generation who were thought to die in a “war end war.” Over the last fifteen years around 100,000 British servicemen and women under training have visited the battlefields to reflect on the core values of the army and their own role -and mortality.  The Irish Peace memorial at Mesen is mentioned, but not for the battlefield setting of Mesen as the base for projects to communities across the sectarian divide.

Over the last two decades, perhaps half a million to a million school and college students studying C20th History will have explored battlefields which bear the scars of two world wars.  The Western Front is not just a reminder of the cost of war, but also the choice between war and an unsatisfactory or unjust peace. It is perhaps standing on the battlefields that the European Union makes most sense – a point emphasised by French Western Front sites; such as the museum at Meaux, with its 1914 room labelled “Disunited Europe” and the EU, French and German flags over Fort Douamont.  This message pointedly ignored by the British media and politicians in the Brexit debate, which seem very keen not to mention the war.  I wonder if one consequence of visiting the western front might have predisposed young Britons to see the European Project more favourably than their grandparents and voted in greater numbers to remain in the EU referendum of 2016

Of course, the observations in the preceding critical paragraphs were stimulated by reading his work. Were Dr Miles to have expanded his work to deal with these themes it would have been a much larger work and he might still be writing it!

This is an important and thought provoking book which should be read by anyone with a serious interest in battlefield heritage and tourism.  Frank Baldwin