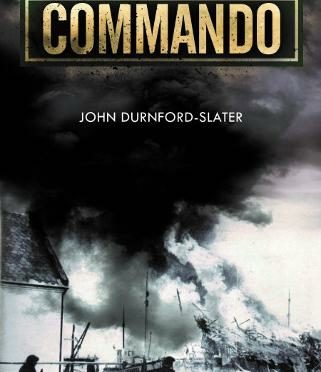 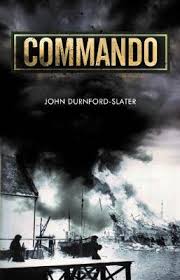 Greenhill books have published a revised edition of Durnford Slater’s 1953 memoir Commando: Memoirs of a Fighting Commando in World War Two.  This edition includes a new foreword by Neil Barber.

In June 1940 Captain John Durnford Slater RA was adjutant of a training regiment. His CO wrote such a supportive letter that Durnford Slater was appointed commanding officer of the first Army Commando to be formed – No 3 Commando. His memoir covers the formation, training and actions of No 3 Commando, from Guernsey in 1940 through the Lofoten Islands, Vaagso, Dieppe and Sicily, and of his commando brigade in Italy. He tells his story of his own experiences as a D Day planner and deputy commander of the divisional sized commando force in North West Europe.

Commando is the first-hand account by one of the men who created the commando concept and led them in battle. Commandos have copied by armies and navies world-wide as commandos or rangers, the US knock off.  It is also a study in leadership and command by a great fighting commander. It also includes delightful elements of what can be described as unofficial history – those stories that get left out of more guardedly written works, because of the reputational risk. Durford Slater’s men played hard and there are some escapades that would hit the front pages of the tabloids . Durnford Slater’s willingness to share these tales with his readers may also account for why he retired as a substantive major.

Appointed on 28th June 1940  Durnford Slater was given a fortnight to recruit and form No 3 Commando. After pillaging Southern Command for officers, these were sent to recruit volunteers for their own troops.  By 5th July his unit was in existence with thirty-five officers and five hundred men. Their first operation took place ten days later.  He and his officers seem to have been left alone to develop raiding techniques and a training regime that has been copied world-wide. It is hard to see how a comparable capability could be developed without a multi-million consultancy engagement. In 1940 a buckshee captain went off with the authority of the Deputy CIGS. The British Army seems have been ambivalent about Commandos, allowing the Royal Marines to own the concept. Durnford Slater’s work provides some explanations about why they may have been resented.

This work has much to offer anyone studying leadership and command. Durnford Slater sought intelligence, initiative and a sense of humour in his officers, perhaps recognising that sense of humour is the seventh core value of the Army. Every officer joined his unit as a subaltern, and every soldier as a private. He turned down Simon Fraser, Lord Lovat who would not relinquish his captain’s rank.  His approach to paperwork and discipline will strike a chord with many readers.

One glorious aspect of the memoir are the tales from the margins of military history, The punch-ups with Irish navvies and Royal Marines, the plot to blow up the German embassy in Dublin, booze ups in enemy territory, and the staged visits for VIPs to patrol no man’s land in Normandy against a controlled enemy. It turns over a corner of the rug under which much history is swept.

I can’t remember reading Commando before. Its one I wish I had read much earlier.

The book has 211 pages, and thirty-six black and white photographs. There are seven clear sketch maps to illustrate Commando operations.