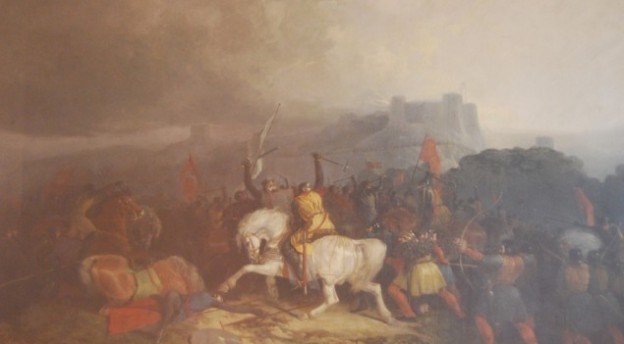 The Battle of Lincoln – A defeat for “King” Louis

The Capture of Eustace the Monk: Mercenary, Pirate and Outlaw

There is a chance to hear military historian Julian Humphrys talking about the military history of Magna Carta on Tuesday 19th March 2013 between 12:30-14:00. This will be hosted by The Fusiliers Museum London in the Officer’s Mess of The Royal Regiment of Fusiliers HM Tower of London

In his talk Julian Humphrys will focus on three key episodes in the Magna Carta War: King John’s dramatic capture of Rochester in 1215, Hubert de Burgh’s stubborn defence of Dover in 1216 and William Marshall’s crushing defeat of the French at Lincoln in 1217.

For details and to book check the Jkust Giving Page here. – See more at: http://www.justgiving.com/Magna-Carta-Lecture-19th-March#sthash.kYTSq5zP.dpuf