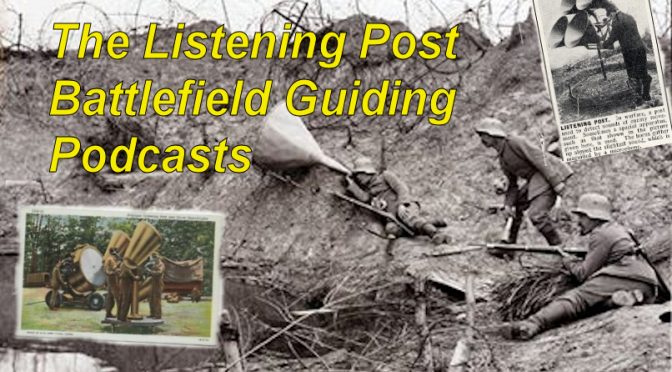 Listening Posts are podcasts about battlefield guiding, the stories of the guides. As guides we spend a lot of time collecting stories  about the past including the audio archives of veterans.  Listening posts are the stories of the guides. The craft of battlefield guiding goes back to the battle of Waterloo and the International Guild to the beginning of the twenty-first century. 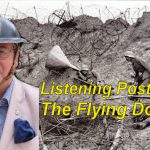 No 1 John Richardson: The Flying Doctor John Richardson’s full credentials are Professor & Colonel (Retired) J.C. Richardson, MA, MB BChir, MRCS LRCP, MSc(GP), MMedSc(Occ Hlth), FRCGP, FFOM(RCPI), DRCOG Emeritus Defence Professor of Primary Care & General Practice. He has been leading and taking part in expeditions for nearly sixty years. During that time his expeditions have faced most of the four horsemen of the apocalypse. 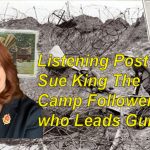 No 2 Sue King: The Camp Follower who Leads Guides  Sue King is a professional guide, and guide trainer. Besides her accreditation by the International Guild of Battlefield Guides.  She is a very experienced Blue Badge guide qualified to guide Yorkshire, London, Cumbria, South West, Liverpool City Region / Merseyside, South East England, Heart of England. She is also a City of London Guide. For several years she has been the director of training for the London Tour Guides. 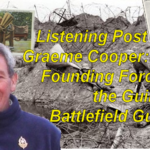 No 3 Graeme  Cooper: The founding force for the Guild of Battlefield Guides  –  has been battlefield guiding since 1995 and operates Cooper’s Waterloo Tours.  A Fellow of  the International Napoleonic Society (FINS), Graeme qualified as a Waterloo Campaign Guide with Les Guides 1815 in 1998.  In November 2003, Graeme inspired the foundation of The International Guild of Battlefield Guides and was the Secretary up until November 2009 when he became the first member of the Guild to be elected to the Roll of Honour for his services to the Guild. 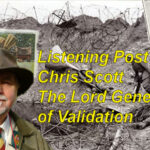 No 4 Dr Christopher Scott – The Lord General of Validation.  Dr. Christopher Scott has been walking battlefields for over 45 years and has been to 332 fields in 20 countries over 5 continents. He has guided sites of Medieval, Civil War, Marlburian and Napoleonic battles and was a Trustee of the Battlefield Trust and an Honorary Member of the Guild of Battlefield Guides, whose Validation Programme he designed. More here 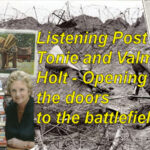 No 5 Tonie and Valmai Holt – Trail blazers who opened the doors to the battlefields. Tonie and Valmai set up the first modern commercial battlefield touring company in  the 1970s, when there was little tourist infrastructure or any previous model to follow.  They are the authors of 30 books including battlefield guides regarded as essential reading for visitors. They are also Honorary members of the Guild of Battlefield Guides International. 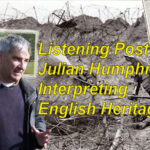 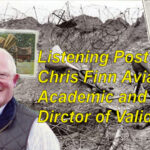 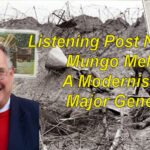 Listening Post No 8: Mungo Melvin – A modernizing Major General.  Mungo Melvin CB OBE is an innovative soldier who reintroduced   some German General staff logic to the use of military history and battlefields by the British Army.  He organised some of the most high profile battlefield studies  over the past decades, including the series of major staff rides to the Western Front of the First World War in 2014, 2016 and 2018. 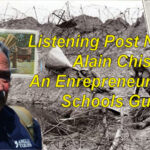 Listening Post No 9 Alain Chissel: An Entrepreneurial Schools Guide.    Alain set up Anglia Tours, along with Ed Church and his wife Anita in 1997, which became the UK’s leading guided history tour company for schools. He recently retired as it’s Chairman but remains as Head Guide. Alain is a passionate WW1 guide as both his grandfathers fought there. He also guides in Berlin and his Swedish wife Anita is the UKs most prolific Holocaust guide having led over 200 groups to Auschwitz/Birkenau. 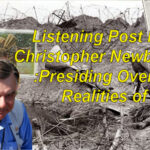