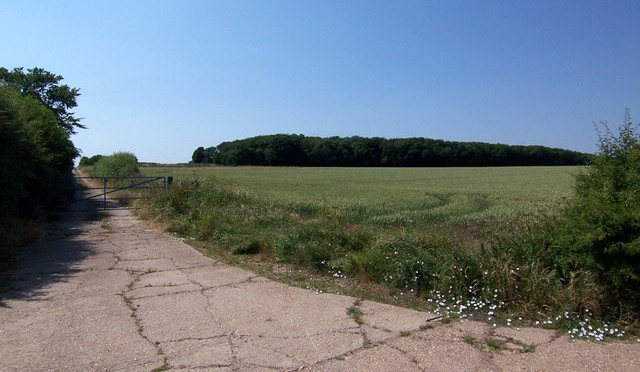 “We were circling this flare for approximately half a hour and becoming increasingly worried as it appeared impossible to receive any radio instructions due to an American Forces Broadcasting Station blasting away. I remember only too well the tune, “Deep in the heart of Texas”, followed by hand clapping and noise like a party going on. Other garbled talk was in the background but drowned by the music.

Whilst this noise was taking place I was suddenly aware from my position that several Lancasters were going down in flames, about five aircraft and the fire in  each was along the leading edge of the main plane. I saw some of the planes impact  on the ground with the usual dull red glow after the initial crash.  My job was to keep my eyes open for enemy aircraft so I did not dwell for more  than fleeting seconds on those shot down planes.
Account by Sgt Eeles 49 Sqn

On 3–4 May 1944, during the German occupation of France, the town was subject to a heavy Allied bombing. During preparations for the Normandy invasion (Operation Overlord), 346 British Avro Lancasters and 14 de Havilland Mosquitoes of RAF Bomber Command attacked the German military camp situated near the village of Mailly-le-Camp. Mailly-le -Camp was a French military training area used by the germans for training their armoured Troops and the raid was an attempt to hinder the Germans preparing their reserved for the forthcoming invasion. .

Generally missions to targets in France rather than Germany were seen by the RAF as easy missions, and did not always count towards the number of operational sorties in a Bomber crew’s tour of duty. There were far fewer German night fighter and AA defences than over German cities, and the shorter routs gave the defenders less time in which to inflict casualties.

Although the target was accurately marked, communications difficulties led to a delay in the Main Force attack, during which Luftwaffe fighters intercepted the force. Subsequently, 1500 tons of bombs were dropped on the camp, causing considerable damage to the weapons and equipment held there and heavy casualties ot the Germans in the camp. No French civilians were killed in the bombing, although there were a small number of casualties when one of the Lancasters shot down crashed on a house.

42 Lancasters – some 11.6% of the attacking force – were shot down – accounting for approx 300 personnel. Losses of 10% were regarded as unsustainable by Bomber Command. The losses on the 3-4th May were proportionately as bad as some of the raids on Berlin or the Ruhr.

The Commonwealth War Graves records show 356 RAF war dead on the 3rd and 4th May worldwide. Of these 299 are in France or on the Runnymede memorial. Mostly men in their early 20s. There were eighteen teenagers, including 18 year old Sgt Raymond Dance,(207 Sqn) from Benson Oxfordshire The two oldest, aged 36 were Sgt James Ellis (550 Sqn) and Sgt John MacDougall (431 Sqn ) from Canada.

Thirty five men are listed as serving with 101 Squadron RAF,. (Though the RAF web site says that only 32 men were lost in four Lancaster Bombers) The RAF website entry also comments “101 Squadron flewon more raids than any other bomber Squadron during the bomber campaign and suffered the highest casualties, losing 1176 aircrew” It is sobering to consider that even at its largest establishment the squadron;might have had no more than 200 aircrew on its establishment.

The wikipedia Entry for this unit says “ 101 Squadron Lancasters were later equipped with a top secret radio jamming system codenamed “Airborne Cigar” (ABC) operated by an eighth crew member who could understand German, some with German or Jewish backgrounds known as “special operators” commonly abbreviated to “spec ops” or “SO”. They sat in a curtained off area towards the rear of the aircraft and located and jammed German fighter controllers broadcasts, occasionally posing as controllers to spread disinformation. The aircraft fitted with the system were distinctive due to the two large vertical antennae rising from the middle of the fuselage. Deliberately breaking the standing operating procedure of radio silence to conduct the jamming made the aircraft highly vulnerable to being tracked and attacked, which resulted in 101 Squadron having the highest casualty rate of any RAF squadron.” They certainly did over Mailly le Camp

101 Sqn were based in RAF Ludford Magna. A stone memorial tothe Squadron’s dead, unveiled on the village green in July 1978, permanently marks its residency. Ludford Magna is twinned with the French Village of Voue whose churchyard is the burial place of nine men who died in the early hours of 4th May 1944. There is a emmorial to 101 Sqn in Ludford Magna. Although the airfield has been nretutrned to farmland it is possible to see the perimeter track.