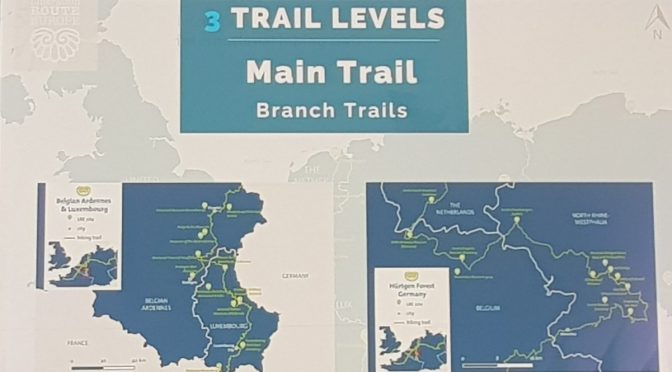 At the beginning of February I attended an event in Brussels that really impressed me. Liberation Route Europe is an ambitious project, a marketing initiative to promote remembrance tourism of the Second World War across the continent of Europe. It was started by a Dutch charity, but now encompasses Europe from Sicily to the UK and Normandy to Poland. I met a great bunch of people.  There are several impressive achievements. 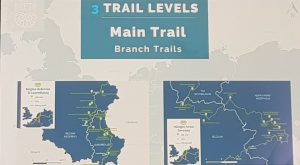 • A walking trail covering Liberation Routes from London to Berlin via Normandy. 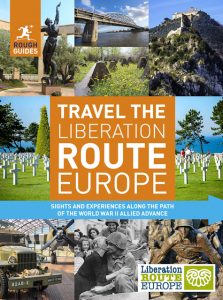 • An impressive Rough Guide “Liberation Routes”, with a mixture of history, a campaign guide information about museums, memorials and cemeteries.

• A network of guides, museums and tourism organisations to support inbound travel.

• Political support and engagement by senior European politicians. Liberation Route Europe’s Patron is Martin Schultz, a past President of the European Parliament and previous key-note speakers include Frans Timmermans, the Vice President of the EU Commission.

• A willingness to debate contentious contemporary issues. The event included several presentations of gaps or critical interpretations, including the Dutch neglect of its post war experience in Indonesia, and the current day Russian and Polish government driven historic narratives. There was a debate between two MEPs about the extent to which the EU should have an authorised narrative. A little incongruous, inconclusive and less than exciting, but significant that it took place.
Their website has a mixture of history and tourism offers. History takes the visitor to story lines, based on historic themes, geographic locations and personal stories. An invitation to Travel the route offers directs visitors to offers for individual, groups, educational tours, guides – and the Rough Guide.

The history behind the Liberation Route is based on an agreed historic interpretation named as the “Magna Carta”. This interpretation, agreed by eight historians of different nationalities, draws on the full range of individual experiences of the populations of European states during the Second World War. This acknowledges that loyalties were divided and avoids judgements on the actions of a generation that is fading from personal memory. The liberal politicians supporting the project see the story of the Second World War, and its roots in fascism and racial supremacy as an important warning from history. The inclusive interpretation focusing on the common experiences of European populations is an ideological counter to the nationalism and intolerance of modern populism.

Liberation Route Europe has been keen to engage with Britain. The Liberation Route walk starts in London. Whatever the UK’s future relationship with Europe, it does not affect its role in the Second World War and there is a common interest in promoting heritage to inbound tourists. However, many Britons are skeptical of “Euro History”. Some question how Germans can tell the story of WW2. Nor does the Liberation Route Europe focus on the heritage of 1944-1990 fit the British narrative with its finest hour in 1940.
Recent research segments tourists by their interests, referred to as passion communities, rather than by demographics. One segment is described as explorers of cultural identify. Around one third of visitors plan to visit sites associated with the world wars. This roughly reflects the segment covered by dark tourism research and the research commissioned by the Royal British Legion. Liberation Route Europe is ahead of the game as a focus for organising inbound tourism for this sector. Britain, committed to existence outside the EU needs to up its game.