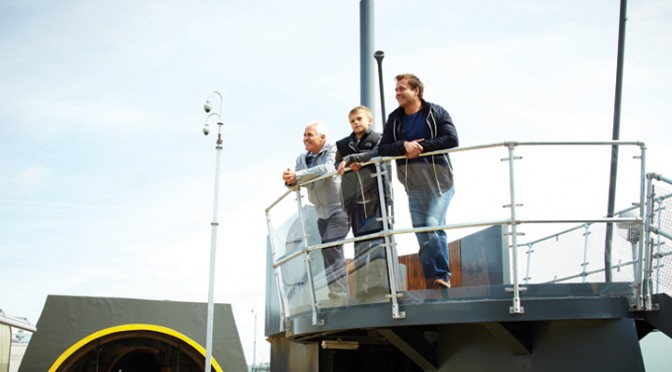 “Just before the first explosion I was on the Bridge; the SELVISTAN was rather close to the next ship abeam, which was an American Tanker, when suddenly I saw something moving through the water, which at first I thought was a porpoise, as it appeared to be spouting water. This object passed very close across the American Tanker’s bow, and when it was half way between the SILVEISTAN and the American ship, it jumped out of the waterm and then continued on its course; I immediately realised that it was a torpedo, si I rang “Full speed ahead”, and put the helm hard to port, but unfortunately the ship did not have enough speed to swing clear. This torpedo struck the ship in No. 5 hold,”  Extract from the Master’s Report on the loss of SS Selvistan5 May 1943

On the 5th May 1943  Slow Outbound Convoy Convoy ONS 5, outbound from Liverpool to Halifax lost eleven merchant ships to U Boat attack in a force 6 seas in the mid Atlantic.  The Battle of the Atlantic was the most important naval campaign waged by Britain in WW2 and the only matter which Winston Churchill said kept him awake at night

By the time the week long voyage n the course of a week, ONS 5 had been the subject of attacks by a force of over 40 U-boats. With the loss of 13 ships totalling 63,000 tons, the escorts had inflicted the loss of 6 U-boats, and serious damage on 7 more.

Many of these ships included detachments of Royal Artillery Gunners, who manned the armament of Defensively equipped merchant ship  (DEMS) alongside RN Gunners.  The ships sunk in ONS-5 typically had  two or three RA Gunners in the gun detachments of around a dozen.

This battle demonstrated that the convoy escorts had mastered the art of convoy protection; the weapons and expertise at their disposal meant that henceforth they would be able not only to protect their charges and repel attack, but also to inflict significant losses on the attacker.

ONS 5 marked the turning point in the battle of the Atlantic. Following this action, the Allies inflicted a series of defeats and heavy losses on the U-boat Arm, a period known as Black May. This culminated in Dönitz withdrawing his forces from the North Atlantic arena.

The official historian, Stephen Roskill commented: “This seven day battle, fought against thirty U-boats, is marked only by latitude and longitude, and has no name by which it will be remembered; but it was, in its own way, as decisive as Quiberon Bay or the Nile”(1)

More on the battle here

The ships lost on ONS 5 28 April – 5th May are shown in the following table from the U Boat Net.

The Maritime Regiments.were the largest Regiments in the Royal Artillery in the Second World War. Their actions are also some of the most under appreciated.  Serving in small groups which Bombardier as the most senior  rank, out of sight, and largely of mind  of the rest of the British Army.  Their actions too numerous and disparate to attach particular attention.  It is worth sparing a moment to consider the RA participation in ONS-5.   Thirty one of the forty two merchant ships  in the Convoy were British.  With two or three Gunners on each ship, there would have been around 75 members of the Royal Regiment at this battle, a big troop or small Battery by modern standards.   Not many fewer than in some of the smaller  RA Battle Honours title engagements.

The Gunners are listed in the following table with the ship annotated where known.

The accounts from the interviews with the Masters of the sunk ships gives some insight into the conditions under which these men served, and died.  These were the records from the ships sailing in convoy , many of whose survivors were rescued.   The men on the Lorient were on a vessel straggling from the convoy and any that managed to take to a life boat  were subsequently lost.

There is no mention of the DEMS Gunners in The Cruel Sea, the book and film which is a portrait of the U Boat war.

Although the battle has no name or location other than a track over points of latitude  and longitude, there are places to see the U Boat war in Britain.

It is possible to see a U Boat in Birkenhead on Merseyside. This is a type XI larger than the type VII Uboats used by the German wolf packs against ONS 5.

The Western Approaches control room in Liverpool is where the Atlantic war was fought.

The  Commonwealth War Grave Commission lists 736 fatalities on 4-5 May 1943, a time when there were operations on  land in Burma and Tunisia  and in the air over Germany. Of these 114 were lost at sea, most oif them in the battle for ONS-5

The merchant marine sailors who lost their lives on ONS 5  are recorded on the Tower Hill memorial to the missing.    The Royal Artillery and Royal Navy Gunners are listed on the Chatham , Portsmouth and Plymouth Memorials.