Why was it that some units in the British Army of WW2 had some kind of fraction in their designation?  There was the 1/4th battalion of the Essex Regiment at Monte Cassino, along with the 1/9th Gurkha Rifles and 4/6 Rajput Rifles.  There were the 13/18th Hussars and the 16/5th Lancers and artillery  batteries such as 9/16 and 17/43 which made 7th Field Regiment.

Nor does there seem any consistency.  56 (London) Division in 1944 had three fractions in 169 Brigade (2/5/2/6/ and 2/7th battalions of the Queens Royal Regiment) but no fractions in 167 Brigade ( 8 & 9th battalions the Royal Fusiliers and the 7th Battalion the Oxford and Buckinghamshire Light Infantry)

Many armies use a “fraction”  the slash or  “/” sign as part of a unit designation.  This 1/16 Infantry in the US Army can be assumed to stand for the 1st battalion of the 16th Infantry Regiment.  In the German army I/Panzer Regiment 22, with a Roman number”I”   would be the   first abteilung  (Battalion) of  Panzer Regiment number 22.  Even more helpfully, each company within a Regiment of three battalions would be lettered in the US Army or numbered in the German army consecutively within a three battalion Regiment. So Easy Company is a rifle company in a US Regiment’s

second battalion and  7./ GR 736 would be the third infantry company in Grenadier Regiment 736.   Logical and straightforward once you understand which companies get their own letter and number. (HQ company  no, fire support company yes)

The British Army is frightfully tribal and adopts in house conventions to confuse and exclude.  The “fraction”  named battalions in the British Infantry were a convention from the First World War which was carried forward in some cases.

The territorial army was originally part time troops to be mobilised to defend the British Isles, and the soldiers were not obliged to serve overseas.  In 1914 soldiers from the TA were asked if they would volunteer to serve overseas, Battalions were then split into two, a first line unit for overseas service and a second line unit that only served in the UK.  At the start of the Great War Those men from the 4th Battalion the Essex Regiment who volunteered for service overseas joined the 1/4 Essex and sailed for Gallipoli. Those that did not joined the 2/4th and  stayed in the UK.  During the war they changed the rules and anyone could be drafted for overseas service and second line divisions appeared in France formed from the units of men who had not volunteered for overseas service.

Just before the start of WW2 the British government decided they would double the size of the TA by telling each unit to form a duplicate unit.  The 4th battalion the Essex Regiment raised its duplicates as the 1/4 and 2/4 Essex, but without any difference in terms of service. Not every regiment  numbered its duplicates this way.  The duplicates of the 8th (1st City of London) and 9th(2nd City of London) battalions of the  Royal Fusiliers were known as the 11th and 12th battalions RF . 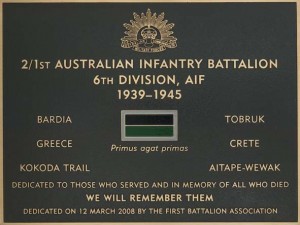 The Australians also had “fractional ” units in WW2.  These are units like 2/2 Field artillery or 2/18th infantry. In this case the “2” means that there had been a 2nd Field artillery and 18th infantry battalion in 1914-18 and this was the second time this unit had been formed. i.e. for the 2nd World War,

The Indian Army fractions resulted from decisions to amalgamate the many single battalion regiments of the Indian Army. This took place for Gurkha Regiments in 1908., and in the 1920s for other units. 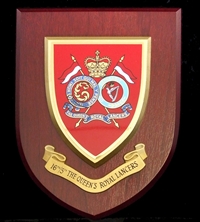 British artillery regiments didn’t have fractions – but batteries did for the first few years of WW2.  In 1938 the army decided to stretch its pool of artillery officers as far as it could by merging two six gun batteries to form a 12 gun field  battery,(or 8 gun RHA or Medium battery)  saving a major and technical specialists that could be used to build another unit.  So 51 and 54 batteries merged to become 51/54 battery and A and E Battery became A/E Battery.  At this time the gunners did remove one one cause of confusion, by renaming the Lieutenant Colonel’s command, known up to that point as a “brigade” of artillery batteries as a “regiment” which was consistent with the rest of the army.

Artillery batteries would have their own number or letter, but troops across a Regiment would be lettered alphabetically by seniority.  So 147 (Essex Yeomanry) Field Regiment was made up of  413,(A & B Troops)  431 (C &D Troops), 511 (E & F Troops)  Though sometimes there were inconsistencies when Batteries were reorganised from three troops to two some gaps might appear.

There was some possible confusion for the unwary as some lettered RHA batteries were also known by an honorific name as a “troop” – i.e. A Battery Chestnut Troop, N Battery (The Eagle Troop) and O Battery the Rocket Troop. At least post war, and possibly during the war, lettered batteries tended to call their troops by something other than a simple letter, possibly the battery founder “Leslie’s” in N Battery or a hero such as Bogue or Dancy in O Battery. L battery’s troops post war were “Bradbury” and “Dorrell” after two VC winners.  During 1940, L/N Battery RHA were a combined  battery with L and N Troops – which might also have been technically C and D troops of 2 RHA.

On top of this the Regimental system could be turned on its head and infantrymen could be converted into the armoured corps and cavalrymen could become gunners and the gunners become infantry.

For example, the 7th Battalion the Loyal North Lancashire Regiment was converted from an infantry battalion to become a Light AA regiment.  As 92nd  (7th Loyals)  LAA Regt RA it landed on D day and defending Pegasus bridge from air attack.  The Essex Yeomanry, the old volunteer horse from  Essex  were converted to artillery in the 1920s and  landed on D Day as SP Gunners 147 Essex Yeomanry RA.  This was the duplicate of 104 (Essex Yeomanry) RHA which styled itself Horse artillery and fought in North Africa.

141 Regiment R.A.C. (The Buffs) was formed from 7th Battalion the Buffs and retained their own dragon cap badge, but in RAC silver.  This unit crewed crocodile flame throwers supporting British Canadian and US units in NW  Europe.

Some of these units retained their old cap badge or badges, flashes. Others did not.   Some infantry battalions  units had lettered sub-units from A-D for all their battalions, while some might have different letters, say WXYZ, or consecutively letter their companies or even platoons across their regular battalions. Thus D Company of 2nd Battalion the Oxford and Buckinghamshire Light infantry, which captured Pegasus bridge  had platoons numbered in the high twenties.